Posted on January 8, 2021by adminin Uncategorized

The excessive spike in malware attacks over the last two decades may lead many people to erroneously think that these potentially unwanted programs were only invented at the start of this period.

Malware, short for Malicious Software, is only an umbrella name for executable software designed to gain access to, take hostage of, or even outrightly damage a computer system or network – partially or totally. Several kinds of programs fall under this category – the most popular of them being Viruses.

Although the term ‘virus’ was conceived in the 1980s, its concept was birthed in a series of lectures on “self-replicating automata” delivered by John Von Neumman in 1949.

About two decades later, the first recorded virus, the Creeper Worm, was developed by Robert H. Thomas. Since then, viruses and several other forms of malware have been created and grown in sophistication and severity.

A Global Village, but at what cost?

It is no news that the world is now a global village, and this phenomenon has spread to all aspects of human lives, including health, commerce, education. The digitization of several processes has made task execution faster and more efficient but at what cost?

As no system is 100% secure, the prevalence of digitized processes has created several avenues for cybercriminals to perpetrate their malicious acts. The year 2020 alone has witnessed a staggering increase in cyberattacks – malware, of course, leading the ranks.

COVID-19 and its Effect on the Global Cyberspace

The COVID-19 pandemic took the world by storm, forcing countries all over the world to go into a partial or total lockdown. This move made remote work a thing for employees worldwide to keep businesses working and the economy moving.

The uncertainty that also came with the pandemic was a cause for worry. The only thing people craved was news of vaccines, medications, home remedies, and preventive measures to combat this virus.

Cybercriminals preyed on this craving and used the avenue to conduct a series of cyberattacks on individuals. They conducted phishing attacks using fake news and information through emails to redirect unsuspecting users to provide personal details hijacked and used for malicious purposes.

A famous malware attack includes cloning the official COVID-19 tracer application set to be released by the Canadian government. The cloned application, uploaded to the Google Play Store, was created with a ransomware called CryCryptor.

The ransomware encrypted some files on the victims’ devices, gave them different file extensions, and deleted the original files. Soon enough, researchers from ESET found a vulnerability in the program, created a decryption tool, and made it available for public use. Asides from this incident, there were a couple of other malicious applications detected by Anomali Threat Research, the Chartered Trading Standards Institute, amongst others.

While “virus” might be the conventional term used by many people to describe a corrupt program running on their device, a virus is only one out of many malicious software threatening Internet users daily. Outlined below are a couple of them:

Given how notorious these programs are and their effects, it is pertinent that individuals and businesses take proper measures in protecting their computers and networks. Some of these are:

On the other hand, offline backups could be affected by theft or natural disasters, so online backups should also be considered. Several free and paid cloud storage services allow individuals and businesses to store their data online and retrieve them on-demand.

Malware attacks are evolving and increasing in sophistication and frequency every day. It is important for internet users to beef up their cybersecurity practices to stay protected. Apart from the aforementioned measures, users can also consider installing other security tools, such as Virtual Private Networks, email scanners, and password managers, to increase protection. 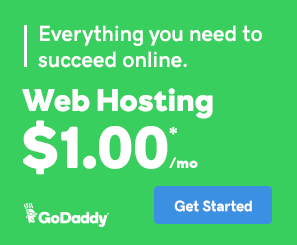